This Area Composing is a journey inside the cosmos of the Armenian artist Vazgen Pahlavuni-Tadevosyan. On a macroscopic camera tour through Vazo’s studio in a convent in southern France, detailed shots were taken which unite into a Liquid Image. The extremely slow images merging into one another remind us of the surrealist imagery of Andrei Tarkowski. A soundscape of indefinable sounds from the sound sculpture D,R,ON arouses the most diverse moods and associations.

The premiere of TARKOW will take place on July 31 and August 12, 2022 as part of the Filmgarten Berlin. 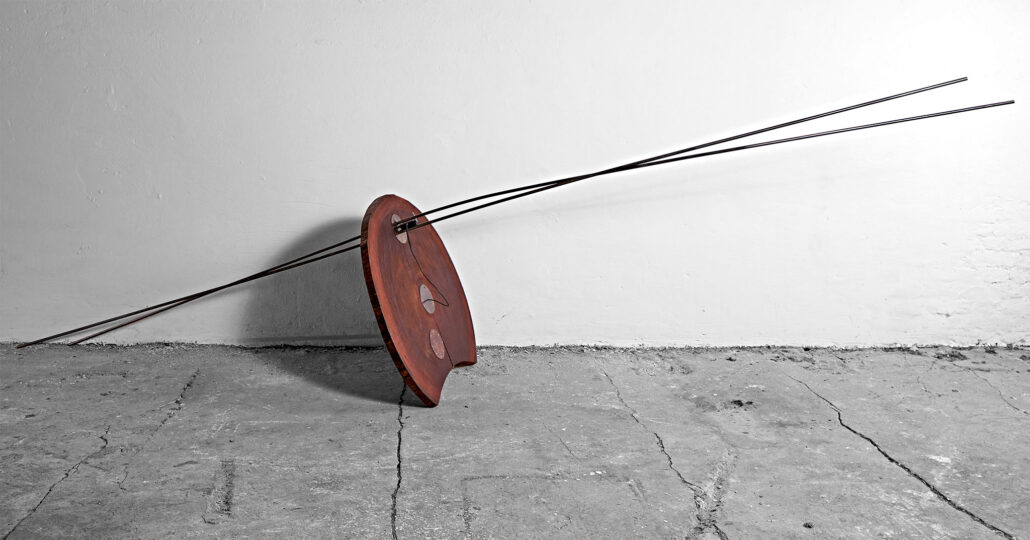 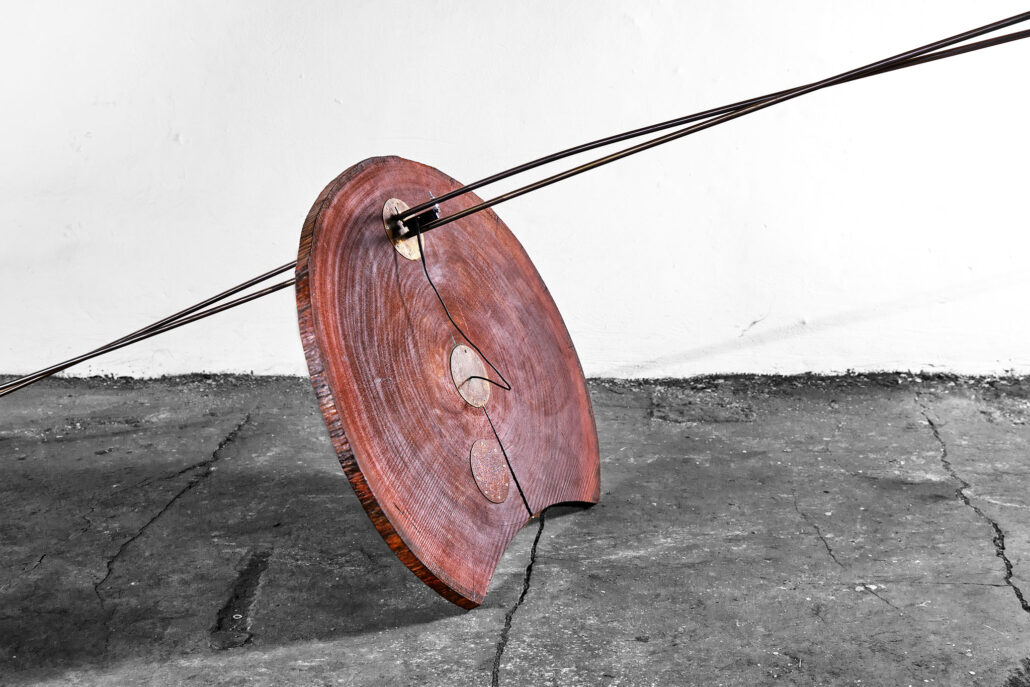 The entire sound comes from a single sound source: D,R,ON. The sound sculpture is an amplified instrument. Percussive, dark sounds can be produced via a contact microphone on the wooden body. An electronic sound pick-up amplifies the four-metre-long metal rods, which can be used to create singing string and scratching noises as well as floating gongs. Direct touching of the contact microphone produces very close-sounding, harsh, indefinable noises – from barely perceptible atmospheric crackling to infernal machine roar.

Ron spent a day experimenting with D,R,ON and pulled out many different sounds – using old wire brushes and saw blades, a metal tape measure, various mallets and his hands. The sounds were recorded directly via the pickups and transferred to the computer via an interface. Various effect devices and modulation filters were used to shape the sounds for TARKOW.

The composition for TARKOW is very intuitive. Following the abstract macro-structures of the images, it consists of noises and sounds that cannot be assigned to any known sound source, but which evoke the most diverse sound associations. The contrast-rich spatial structures of the images are acoustically recreated and commented on.

The images were taken in the studio of the Armenian painter and drawer Vazgen Pahlavuni-Tadevosyan in a convent in southern France. Peter visits his friend „Vazo“ regularly, and the two then work together in the studio. Every time, Peter is overwhelmed by the huge mess that reigns there. Peter captured this „chaos“ of Vazo on a kind of camera journey. When photographing and later post-processing the countless detail shots, the rich treasure of the studio only became truly visible to him. The extremely wide-format macro shots reveal a new world: Vazo’s cosmos.

Peter composed a Liquid Image from selected images. The extremely slow merging of the images reveals the creative process of the Armenian artist and transports the viewer into a mysterious, surrealistic world. The 27-minute work is not a film. It is a single image that develops very slowly, almost imperceptibly on a timeline and ultimately emerges in the viewer’s mind.

In combination with the soundscape of sounds from the sound sculpture D,R,ON, a work of art is created that cannot be comprehended: an inconceivable image-sound world, filled with own associations and emotions. 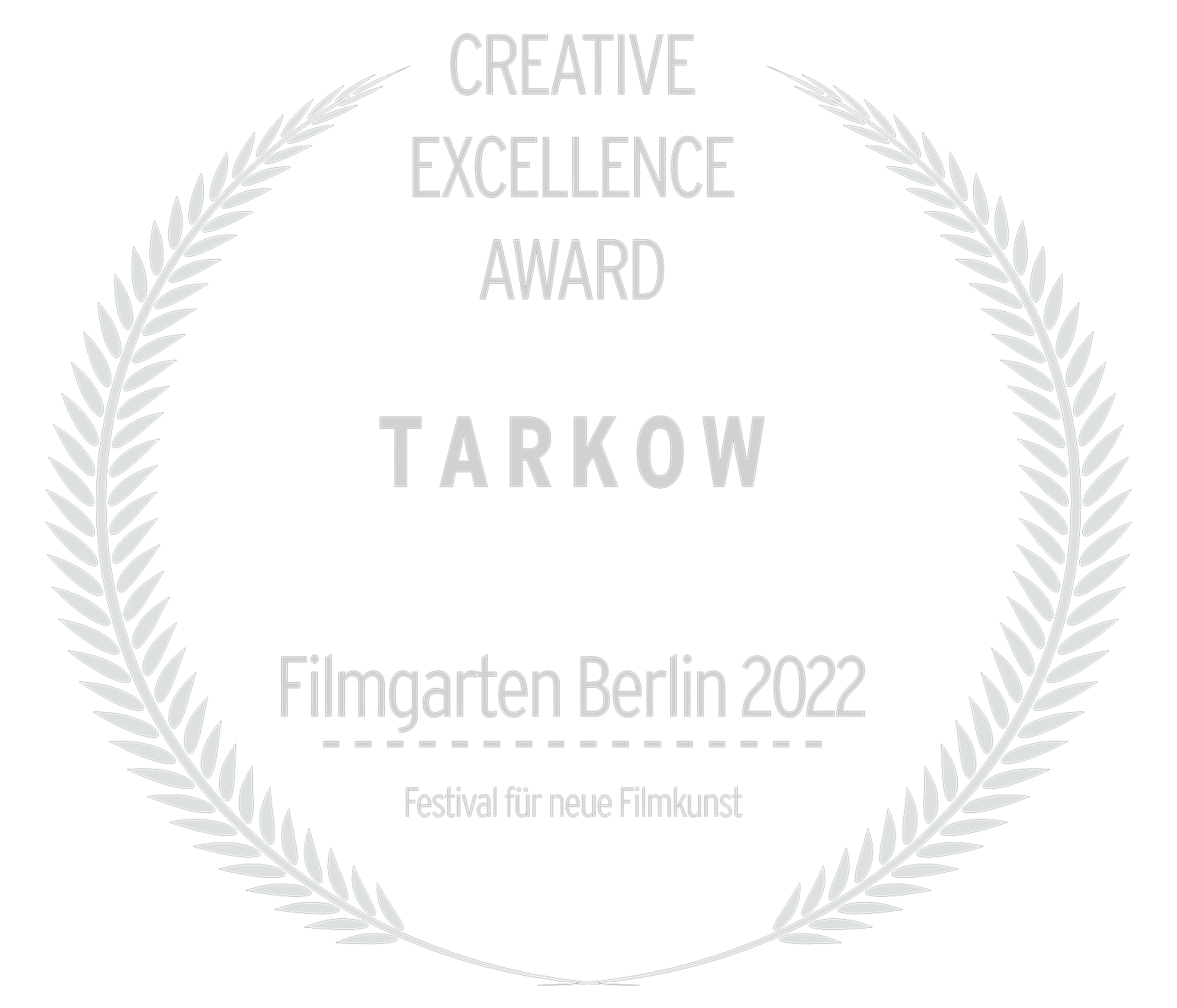 We are pleased about the award of Filmgarten Berlin 2022